Koalas and Kangaroos and Kookaburas


There she was...nestled in a crook of branches high in one of the trees in the fragrant eucalyptus forest!  My first look at a really truly in-the-wild koala.


My grandparents had brought me the gift of a stuffed koala from their trip to Australia many years before.  I loved that little stuffed creature and kept it for years, until its fur was worn and shabby. For years, I had longed to see a real koala, and finally, I had made it to Australia, the land of some of the weirdest - and most appealing - animals on our planet - koalas and kangaroos, wallabies and wombats, duck-billed platypuses, frilled-neck lizards, peacock spiders. The list of exotic creatures goes on and on.  Over 80% of the animals in Australia are found nowhere else on earth and I had come to try and see them all.  So naturally, the first thing I did when we arrived was to sign up for a wildlife tour.

Our bus rolled out of Melbourne into the green rolling hills and little farms of the countryside. The first stop was at the Serendip Sanctuary where we spotted our first kangaroo, a large male hopping right alongside our bus. We walked through a gate into a large field containing two large mobs of kangaroos. One mob was rather shy and immediately bounded off into the distance, but the other seemed quite unconcerned about our presence and continued to graze and lie in the sun nearby while we gawked and snapped photos. 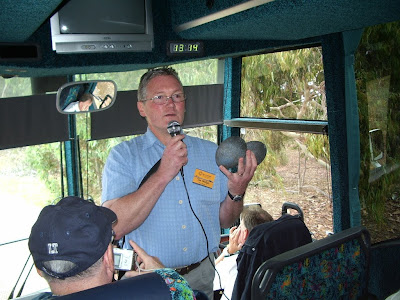 We continued on the bus around the sanctuary, spotting our first emus. Tim, our guide, hopped off for a moment then returned with two large black emu eggs. The egg had been "holed" - a hole drilled into it to control the emu population. 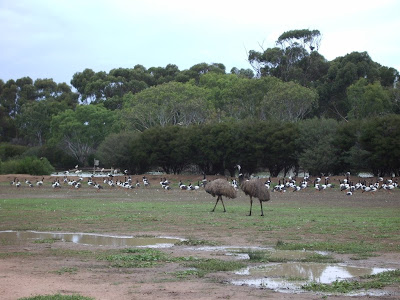 The next stop was by a lake that was home to hundreds of birds...emu, pelicans, ibis, a large variety of ducks, the pretty grey Cape Barren geese, and the Magpie geese, named, I presume, for their resemblance in color to the Australian magpie, a large crow-like bird with large white spots over its back and wings.

We were served tea and biscuits by a very cheery Aussie named Margaret, then we continued on to a National Park in the You Yang mountains. The hills were covered with eucalyptus trees, and two "spotters" had been out scouting the locations of the koalas for us. They only found two this morning, but were able to identify them by name. The spotters had a little booklet with descriptions of all of the known koalas in the park, who were identified by the various white spots under their noses. Our first koala was quite unimpressed our intrusion, and continued her snooze.  She may have been calm, but my heart was pounding with excitement at a long-time dream come truel

We found the second koala very high in a tree. Without the spotters, I never would have seen her nestled in the very center of the big "gum" tree (which is what the Aussie's call the eucalyptus).  I kept my eyes up looking for others when suddenly I spotted two bright pink birds on a branch nearby. I asked Tom, "Do you have parrots here?" and he replied, "Oh, yes!" I pointed them out and he identified them as galahs, which we know as rose-breasted cockatoos. What a thrill to see cockatoos in the wild!

Finally, we drove to the top of a high hill for a great view all the way back to Melbourne, then rode back to the city. Tim found out that I had learned the song "Kookaburra sits in the old gum tree" years ago in the Girl Scouts, so he and I led the bus in a rousing chorus of that song, and, of course, "Waltzing Matilda." 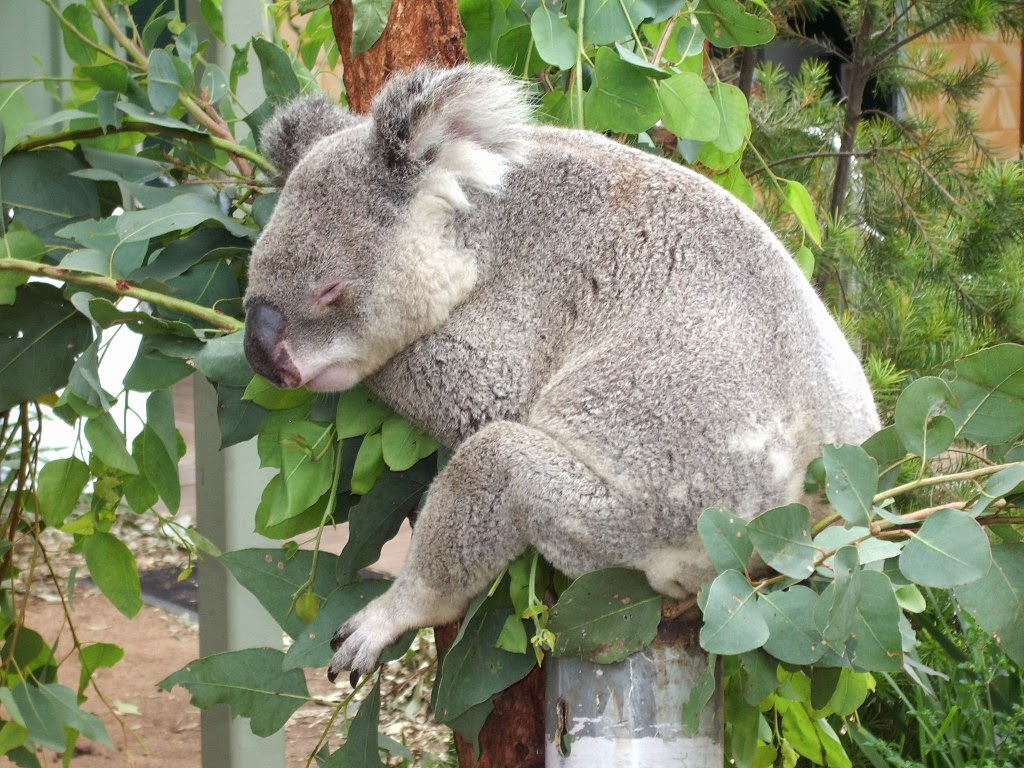 So what is the travel lesson for K? Sometimes travel makes childhood dreams come true!